⚠ Village of Cassville – New Site! : We are pleased to announce the launch of our new website! Our goal is to provide our Village residents and visitors an easy way to access information. The user-friendly content is well organized so you can easily navigate the site to find the information you’re looking for. The website will always be up to date with current and valuable information. Please be patient with us while we are still in the process of making some improvements! 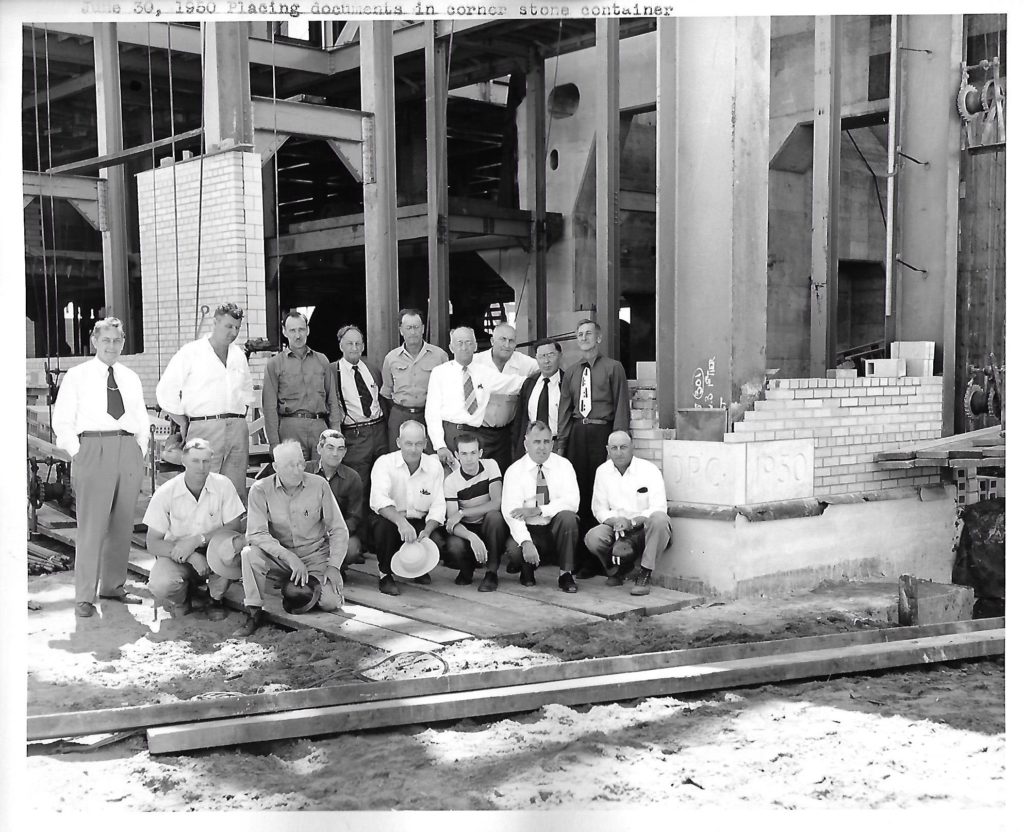 **Due to inclement weather the location has been moved to the Municipal Building at 100 W. Amelia Street, Cassville.

Cassville, Wis.— The Village of Cassville, Wis., will be hosting a public revealing of the contents of a time capsule recently discovered during the dismantling of the E.J. Stoneman Generating Station. The ceremony will be held at the Riverside Park shelter near the site of the plant  VIllage Cassville Municipal Building at 100 W. Amelia Street, Cassville on Tuesday, Nov. 12, 2019. Officials from Dairyland Power Cooperative, DTE Energy Power & Industrial and the Village of Cassville will be present. A short program will begin at 3:30 and light refreshments will be served after.

Dismantling of the plant began in early September. In October, former plant employees shared a photo with the Village showing a copper time capsule set by construction crews on July 1, 1950, behind the cornerstone of the plant. Village President Keevin Williams shared the news with the company overseeing the dismantling project, expecting the capsule to be found within a couple weeks. It took a couple hours.

“The E.J. Stoneman Generating Station has been a landmark in our community for nearly 70 years. We are thankful former plant employees brought the existence of the time capsule to our attention,” Williams said. “As long as the contents are still in good condition, we plan to have them on display at the Village Hall for anyone to see during normal hours.”

The plant was dedicated July 14-15, 1951, as the E.J. Stoneman Station, named after Dairyland’s first Board President Earl J. Stoneman, who died in January 1950 during construction of the plant. Dairyland sold the plant in the mid-1990s, but resumed purchasing power from the plant after it was converted to a biomass woodburning unit by DTE Energy in 2010. Due to the age of the plant and associated maintenance costs, E.J. Stoneman Generating Station was officially retired in 2015. DTE Energy Power & Industrial contracted with North American Dismantling Corporation for the demolition of the facility, which is expected to conclude by the end of the year.

DTE Energy (NYSE: DTE) is a Detroit-based diversified energy company involved in the development and management of energy-related businesses and services nationwide. Its operating units include an electric company serving 2.2 million customers in Southeast Michigan and a natural gas company serving 1.3 million customers in Michigan. The DTE portfolio includes energy businesses focused on power and industrial projects; renewable natural gas; natural gas pipelines, gathering and storage; and energy marketing and trading. As an environmental leader, DTE utility operations will reduce carbon dioxide and methane emissions by more than 80 percent by 2040 to produce cleaner energy while keeping it safe, reliable and affordable. DTE Electric aspires to achieve net zero carbon by 2050. DTE is committed to serving with its energy through volunteerism, education and employment initiatives, philanthropy and economic progress. Information about DTE is available at dteenergy.com, empoweringmichigan.com, twitter.com/dte_energy and facebook.com.

Headquartered in La Crosse, Wis., Dairyland provides the wholesale electrical requirements for 24 distribution cooperatives and 17 municipal utilities. These cooperatives and municipals, in turn, supply the energy needs of more than a half-million people in the four-state service area. For more information, visit www.DairylandPower.com